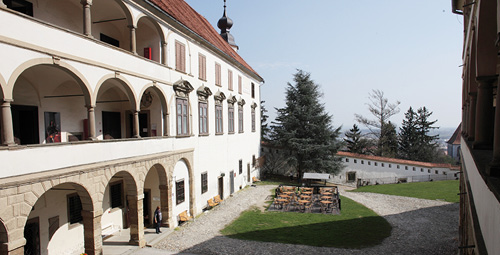 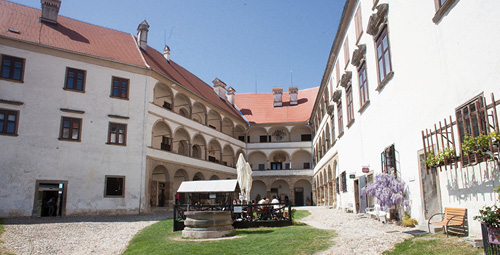 The medieval fortress was built in the 11th century, the period when the Castle and the town were in the hands of the Salzburg archdiocese. Archbishops let the Castle out to the Lords of Ptuj, who founded, during their three-hundred-year-long stay in Ptuj, the Dominican and Minorite monasteries, and built the pilgrimage church at Ptujska Gora. The gravestone of the last Lord of Ptuj, Friedrich IX, is built in the wall of the Castle’s ground floor. Between 1656 and 1802, the Castle was home to the Leslie family. Its last owners, counts Herberstein, lived in the Castle from 1873 to 1945, when the Castle was nationalised and became, together with its rich furniture, a component part of the Ptuj Museum.

Designed in two parts, the medieval fortress on the top of the Hill disposed of residential and outdoor buildings. The western flat part of the crest was built with military buildings, among which the Western Tower, the oldest preserved part of the Castle complex. In the 12th century, the central crest of the hill was occupied by a larger group of buildings including the palatial one, as well as the mighty defence tower called Konrad’s tower. In the 14th century, the central castle building got the second floor and was designed in a form of a horse-shoe; the castle remparts were connected with those protecting the town. The appearance of the Castle was dramatically changed in the 16th century by Italian master-builders, who were commissioned to fortify the town and the Castle to withstand Turkish invasions. In the 17th century, the Turkish threat diminished which resulted in the demolition of the Konrad’s tower. The castle was enlarged, horse stables and a tower were constructed on the eastern part of the hill top. The 18th century witnessed the construction of an administrative building along the southern wall, of the castle granary on the western platform, and the so-called »tournament field« below it.
Museums 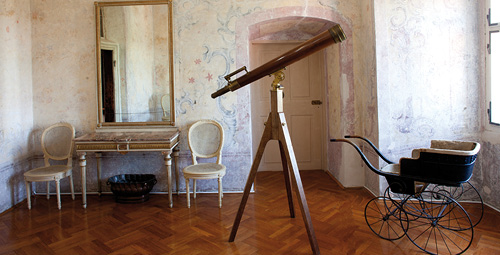 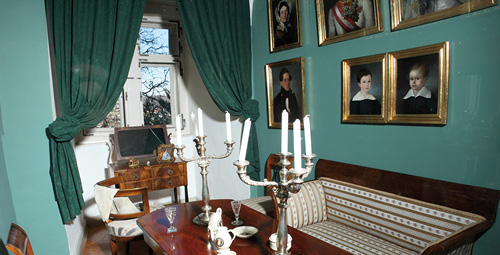 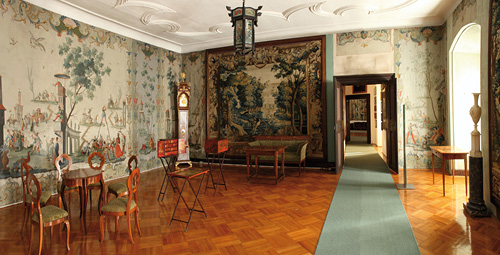 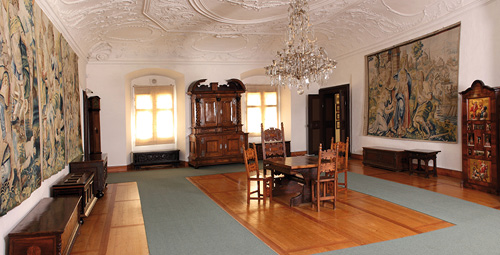 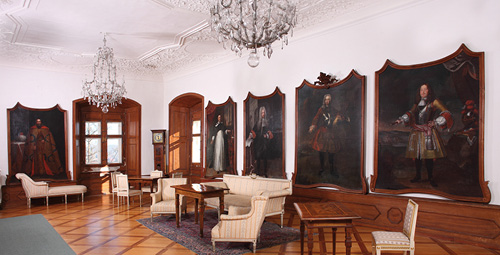 Ptuj Regional Museum is a special museum with collections and sections for archaeology, history, cultural history, ethnology, restoration workshops and other services. It was founded in 1893, when the Museum Society in Ptuj was established and archaeological findings were exhibited in the then lower grammar school.
In 1895 the professor Franc Ferk donated numerous artefacts of various types to the museum, which was thus named after the donor – Ferk’s Municipal Museum. In the course of years, the exhibition grounds became too small; consequently the museum moved to the former Dominican monastery in 1928.
After 1945 the castle complex was placed under the management of the museum, and so it acquired most of its present facilities. The museum continued to extend the geographical scope of its activities, and in 1963 it was named, Regional Museum Ptuj. At present the museum covers the wider area of Ptuj and Ormož, famous for its rich prehistoric and antique sites (Roman Poetovio), the period of migrations of peoples, medieval and modern age monuments, which bear witness to cultural and economic importance of Ptuj and its surroundings, as well as of rich folklore traditions. 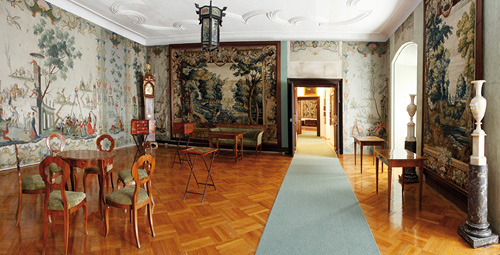 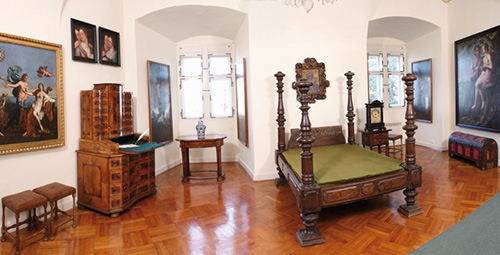 Wedding in the Festival hall of Ptuj Castle.
Newlyweds can get married in the Festival hall of Ptuj Castle every Saturday from 2:00 to 5:00pm, excluding public holidays. To register for wedding newlyweds need consent for the use of the museum place, which we issue to you on the basis of a completed application form which is available here. The consent may be collected personally or we send it by mail to Administrative Unit of Ptuj. Wedding ceremony in the hall must be registered no later than 45 days before the desired date.
For all information, please contact us at telephone + 386 (0) 2 787 92 30, every working day from 11:00 am to 3:00 pm. Please call the number at least 30 days before the event! In case of cancellation of the event, you will be charged a 200,00 EUR deposit. The wedding ceremony has to be payed a week before the event!
Contact & Info
Castle of Ptuj
Pokrajinski muzej Ptuj Ormož,
SI 2250 Ptuj, Muzejski trg 1
Phone: +386 (0)2 7879230
muzej-ptuj.uprava@pmpo.si
www.pmpo.si


From April 19th to October 15th 2019 the entrance to the lower castle courtyard is possible till 9:00pm


ANNOUNCEMENT: Till the end of October 2019 only part of the exhibition of musical instruments will be open for the public. Thank you for your understanding!


Dear visitors, we are also renovating for you:
– the castle wall,
– the insignia of the Ptuj town judges,
– the romanesque palatial building with the collection of arms.