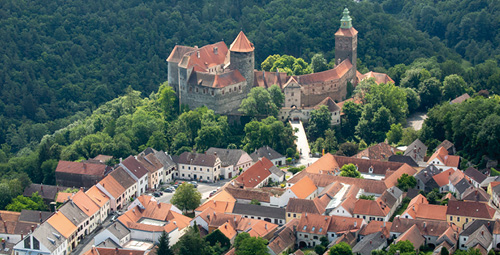 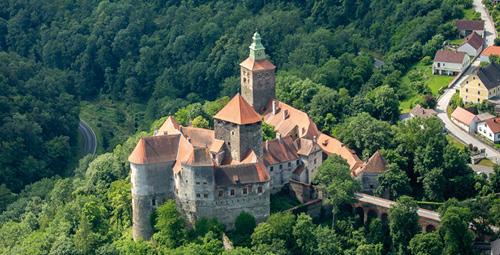 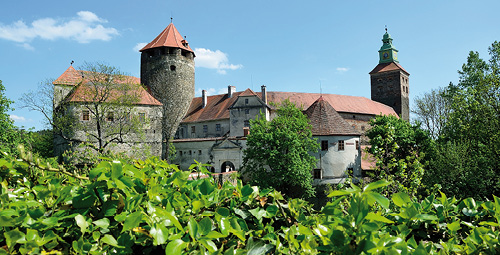 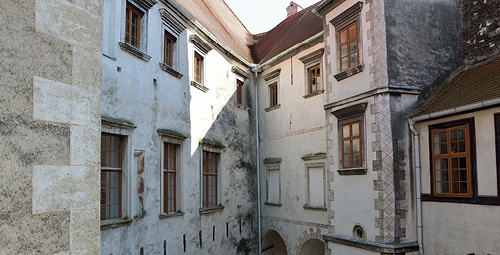 
Schlaining Castle, near the town of Oberwart, is located at a former strategically important point, at the intersection of several trade routes of Steinamanger (HU), Graz, Wiener Neustadt and Ödenburg. The name "Schlaining", which referred to the castle at that time, is first mentioned in 1271 as "castrum Zloynuk". In 1271, the castle was owned by the Counts of Güssing. In the 15th century Andreas Baumkircher acquired the fortress. His name can be found today in many legends of the region - the so-called "Baumkircher feud" (1469-1471) against Emperor Frederick III finally led to Baumkirchers execution in Graz. In the mid of the 16th century, the castle came into the stately possession of the Batthyány family.


Since 1980, the castle belongs to the province of Burgenland, is furnished as a museum and also offers several seminar and conference rooms. In 1983, the center of the "Austrian Study Center for Peace and Conflict Resolution (ASPR)" was established in Burg Schlaining. The ASPR sees itself as a place of respectful encounter and learning together.
Contact & Info
Schlaining Castle
Rochusplatz 1, A 7461 Stadtschlaining
Phone: +43 3355 2306


IMPORTANT INFORMATION:
Schlaining Castle is preparing for the national exhibition "100 Years Burgenland" and is closed, due to renovation work, from January 2020 to probably summer 2021!!
Map
Schlaining Castle