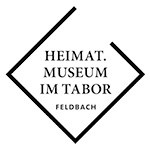 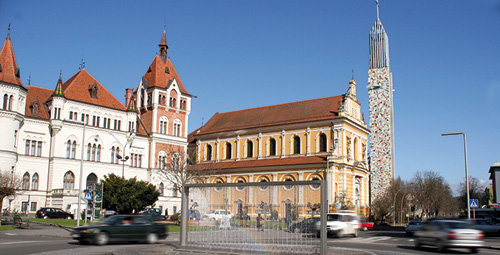 
The "Feldbach Tabor" was built as a fortification in the second half of the 15th century around the church of the southeast Styrian town of Feldbach. The wall featured battlements and embrasures, and on the inner side of the wall,  eleven small, two- to three-storey so-called "Gaden" or "Tabor cottages" were built.  These had vaulted cellars, living rooms, storage areas and a stable. During the great Feldbach witch trial (1673-1675), the Tabor served as a prison for those accused of witchcraft. After it lost its defensive function in the 18th century, the Tabor was used for peaceful purposes. Its cottages were used as schoolrooms and storage rooms and as vegetable and ice cellars.

Museum in the Tabor 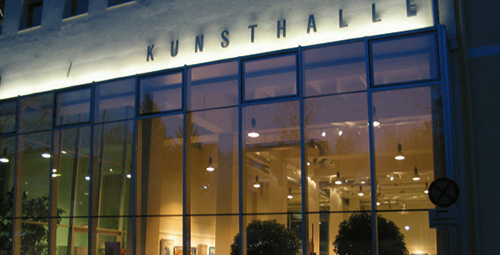 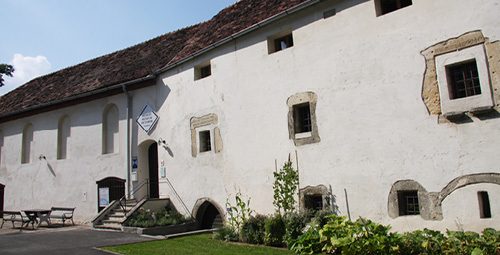 As it used to be.


On May 18, 1952, a museum was opened in the Tabor, which has been maintained since 1985 by the Southeast Styrian Association for Local History in cooperation with the municipality of Feldbach. In the following decades, the museum was continually expanded. Today it encompasses almost the entire structure and houses in more than 40 rooms various departments that allow visitors large and small to discover life in the past.


Guided tours and educational program:
Group tours for 10 or more persons by appointment (or on +43 664 6412327)
We offer special placement programs for groups:


Overview tour through the core of our museum, including introduction (history of Feldbach and the Tabor): special exhibition, folklore, historical school classroom, castles and palaces, as well as Celts and Romans. Duration: approx. 75 min.


Children's tour with interactive elements through five stations of your choice and a general introduction (history of the Tabor): special exhibition, folklore, historical school classroom, geology, spinning and weaving, fish and animals of the Raab river encironment, fire brigade, or Celts and Romans. Duration: approx. 60 min.


Creative workshop: In addition to the five stations of the children's tour and a short break, there is the possibility to take part in a creative workshop at each station: writing with a quill pen and ink; create a pendant from volcanic stone; As it used to be; The "Raab" earlier and today. Duration: 120 min.


Children's afternoon: once a month, children's guide and creative workshop on a special theme. Children as individual visitors can get to know the museum together with a companion in a playful way with our family tote bag - no reservation required!
Contact & Info
Feldbach Tabor
Tabor-Platz 1, 8330 Feldbach
Phone: +43 664 64 123 27
office@tabor-feldbach.at
www.tabor-feldbach.at


'TWO AND MORE' - Styrian Family Pass for all registered persons, the day ticket is valid as an annual pass.
Creative workshop or children's afternoon (including guide, material and snack): € 5.- (plus child- or reduced ticket)