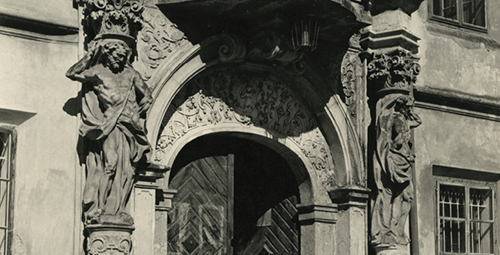 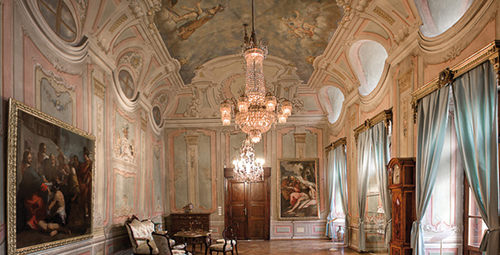 Murska Sobota Castle was first mentioned in 1255 as Bel Mura. From 1365 until the seventeenth century,  it has belonged to the Széchy family, who in the 16th century buit a Renaissance chateau with four corner towers and side wings, and a courtyard and entrance on the north side. Thr first document to refer to it as castellum Mwrayzombath dates to 1478. Renaissance elements are preserved in the stone window frames and portal arch on the north side. In 1687 the castle became the property of Peter Szapáry. The municipality of Murska Sobota eventurally bought it from his descendants in 1934. Baroque elements date back to the 18th century and can be found on the north façade, in the arcade courtyard, in the chapel and in the Grand Salon, which is decorated in illusionistic style. The eastern portal with atlants and the balustrade balcony was built at the end of the 19th century. The nine-hectare castle park - today's city park - dates back to the Baroque period and was laid out as an English garden in the 18th century.
Museum 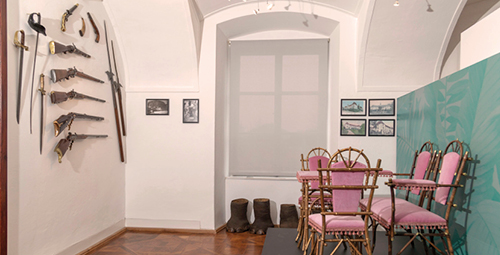 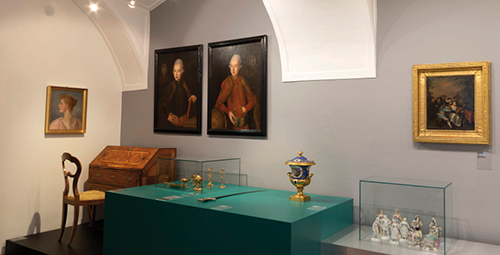 The exhibits in the Pomurje Museum Murska Sobota include a permanent exhibition about the life of the people of the Mur - from the first settlement down to the present, various thematic exhibitions and a selection from the museum's collection. The museum offer is supplemented by workshops and various programs for children and adults. There is also a museum shop offers exquisite products for sale. In addition to the museum, visitors can visit the Cultural and Youth Club (MIKK) with its café and gallery.
Park 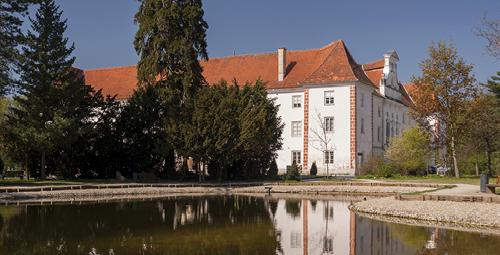 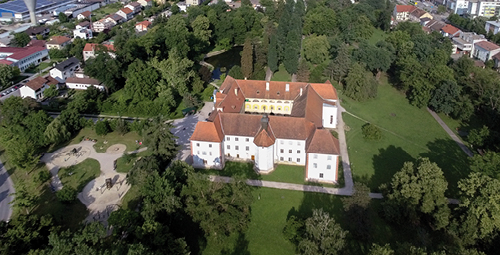 The walking and instructional path (Soboška zelena pout) and the artificial pond in the magnificently landscaped castle park are popular meeting places for young and old. But also in the castle courtyard, on the square in front of the castle and the connected green areas, residents and tourists alike can take a pleasant break from spring to autumn.
Contact & Info
Murska Sobota Castle
Trubarjev drevored 4
SI-9000 Murska Sobota
Phone: +386 2 527 17 06
info@pomurski-muzej.si
www.pomurski-muzej.si
Summer opening hours (March-November):
Tuesday to Friday: 9:00am to 5:00pm
Saturday 9:00am- 1:00pm, Sunday 2:00-6:00pm
Closed on Mondays.