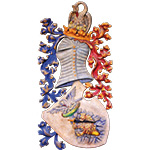 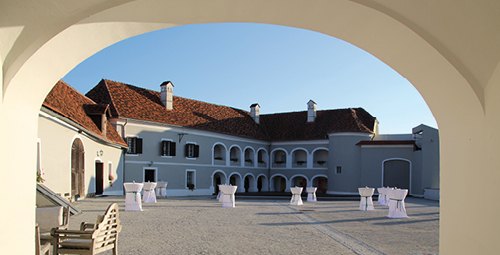 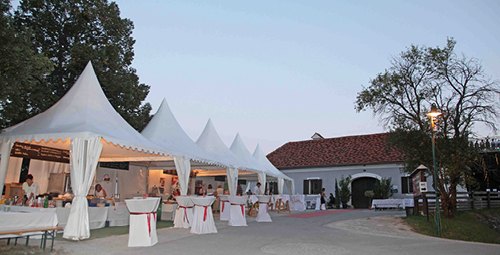 One of the most beautiful and romantic places in southern Burgenland is Tabor Castle in Neuhaus am Klausenbach. It lies in the middle of the rolling hills of the Raab-Örség-Goricko Nature Park, in the border triangle of Austria, Hungary and Slovenia and is one of the oldest buildings in the Jennersdorf district.


This building type goes back to Hussite fortifications in the Czech city of Tábor, hence the name. The castle in Neuhaus was first mentioned in 1469. In the course of his feud with Emperor Friedrich III, the noble mercenary leader Ulrich Pesnitzer build a provisional weir, but it did not long endure. The castle in its current form was built in the 17th century, when the powerful Hungarian noble Batthyány family came into the possession of the Neuhaus dominion. Under the Batthyánys, Tabor Castle became the seat of the manorial estate administration, though the family mostly lived in Vienna or on one of their other estates. At the end of the Second World War, the castle briefly served as a tank workshop for Soviet troops before it was finally converted into a purely residential building. The Batthyánys continued to own Tabor Castle until 1992.


After being taken over by the Raab Nature Park administration, the castle was expanded into an opera venue under the direction of JOPERA jennersdorf and is now used year-round for cultural events. Beginning in 2017 the castle was owned by the non-profit EFIS Foundation, and since 2019 it has been owned by the Federal State of Burgenland. Various events such as "Advent at Tabor Castle", children's and youth projects and a historical exhibition are still being continued by the "KulturRaum Schloss Tabor" Association (formerly JOPERA jennersdorf). The operas / operetta performances, which take place every year in August, were taken over by the KBB - Kultur-Betriebe Burgenland GmbH in 2020, together with the JOPERA brand.
jOPERA jennersdorf Festival summer 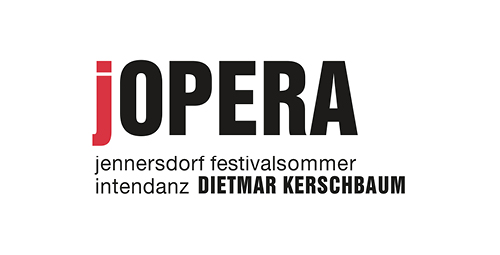 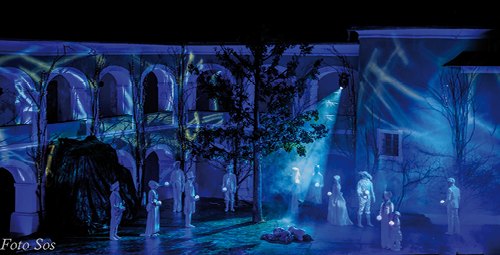 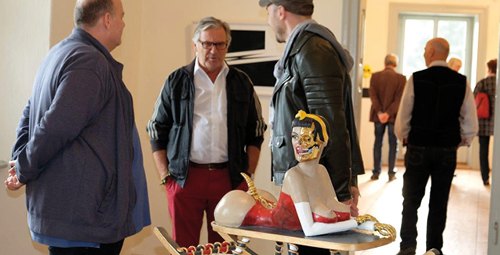 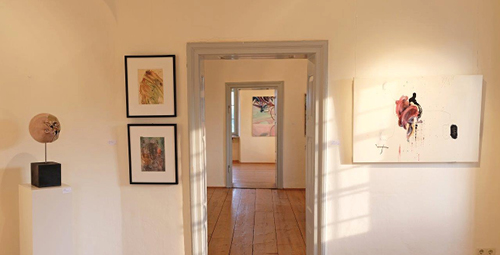 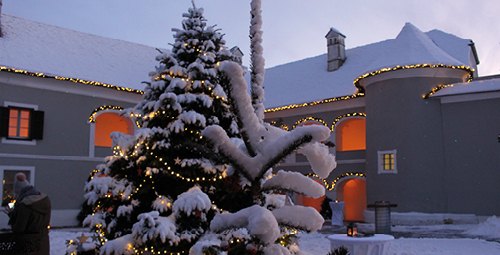 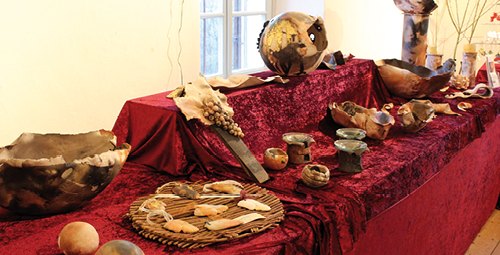 JOPERA's goal is to convey classical music at the highest level. The audience-oriented aproach to directing, the personal setting, the unique atmosphere and the very good acoustic conditions make JOPERA unique and unmistakable within the Austrian festival landscape.


Mag. Dietmar Kerschbaum started the opera project at Tabor Castle in 2003 with the founding of the "Cultural Autumn Jennersdorf". The decisive factor for him was the impressive acoustics in the courtyard of the castle and his goal of presenting opera at the highest level in this regional setting. The first opera presented was "The Magic Flute" by Wolfgang Amadeus Mozart in a concert performance in 2003, a resounding success. Since then, the year-round program at Tabor Castle has expanded considerably.  To reflect this, a contemporary brand was created in 2007--JOPERA.  The new brand has strengthened the specialization in the outdoor opera segment at the highest level and illustrates the program's increasing success with the public. In 2020, the JOPERA brand was taken over by KBB - Kultur-Betriebe Burgenland GmbH.

The three castles Tabor, Grad and Murska Sobota are among the great historical monuments of the Jennersdorf and Pomurje regions. Starting from any of the three,  the "Three Castles Tour" leads to historically important sites, extraordinary places and beautiful destinations in the region. 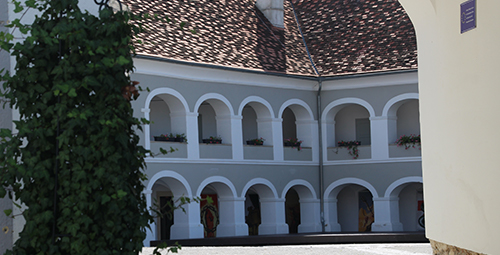